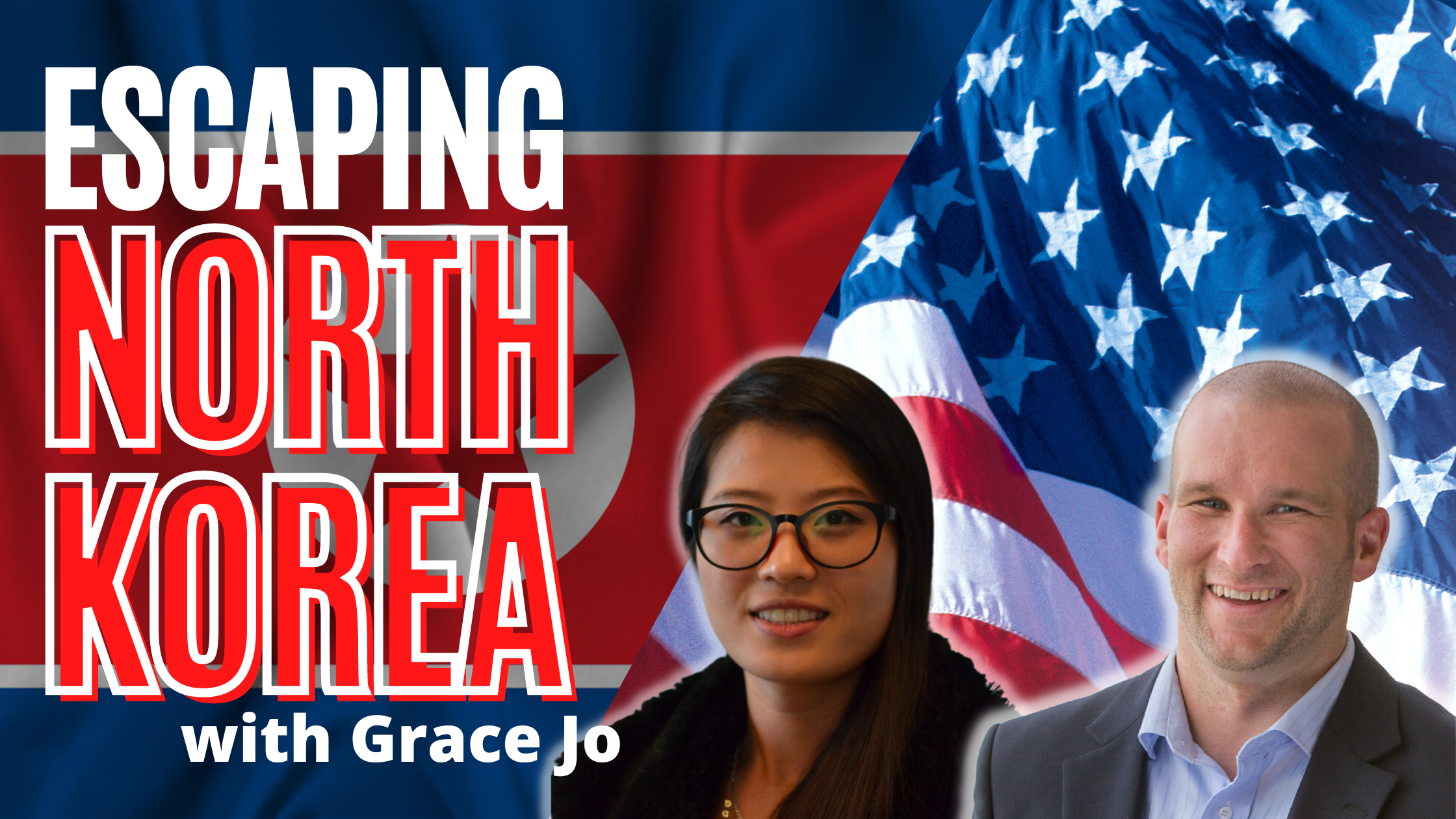 In this episode, North Korean defector Grace Jo tells her story of what it was like living in North Korea and how she and her family finally escaped. Her story includes hardship, government persecution, even torture and starvation. This is a heart-wrenching interview that shares the details of the horrors that are the reality in North Korea today and the partnership role that China plays. Her story illustrates the clear dangers of socialism, communism and government-controlled states. As a North Korean defector, activist, and the vice president of North Korean Refugees in the USA (NKinUSA), Grace Jo dreams of a re-unified New Korea and the future rebuilding of her home country.

03:10 | A childhood in North Korea and the regime change of ’94, famine, and the consequences of communism

09:20 | Desperation, torture, death, and the penalties for smuggling food into the country. Surviving a communist state

29:00 | Exiled from her village and forced to travel without food. The decision to leave North Korea and the dangerous journey out of the country

35:26 | Detainment in China and the beginning of a new life as North Korean defectors.

39:47 | Labor camps, the long and brutal process of escaping North Korea, and the broken political system of the North Korean government

43:32 | Prison, God’s providence, and the miraculous journey to the United States

59:08 | The fullness and complexities of disgusting human rights violations – in North Korea as well as China

Visit ryanshoward.com/freedownload to learn more and download 21 Days to a New Workplace You to set your FAITH ON FIRE and jump start your faith at work journey today.